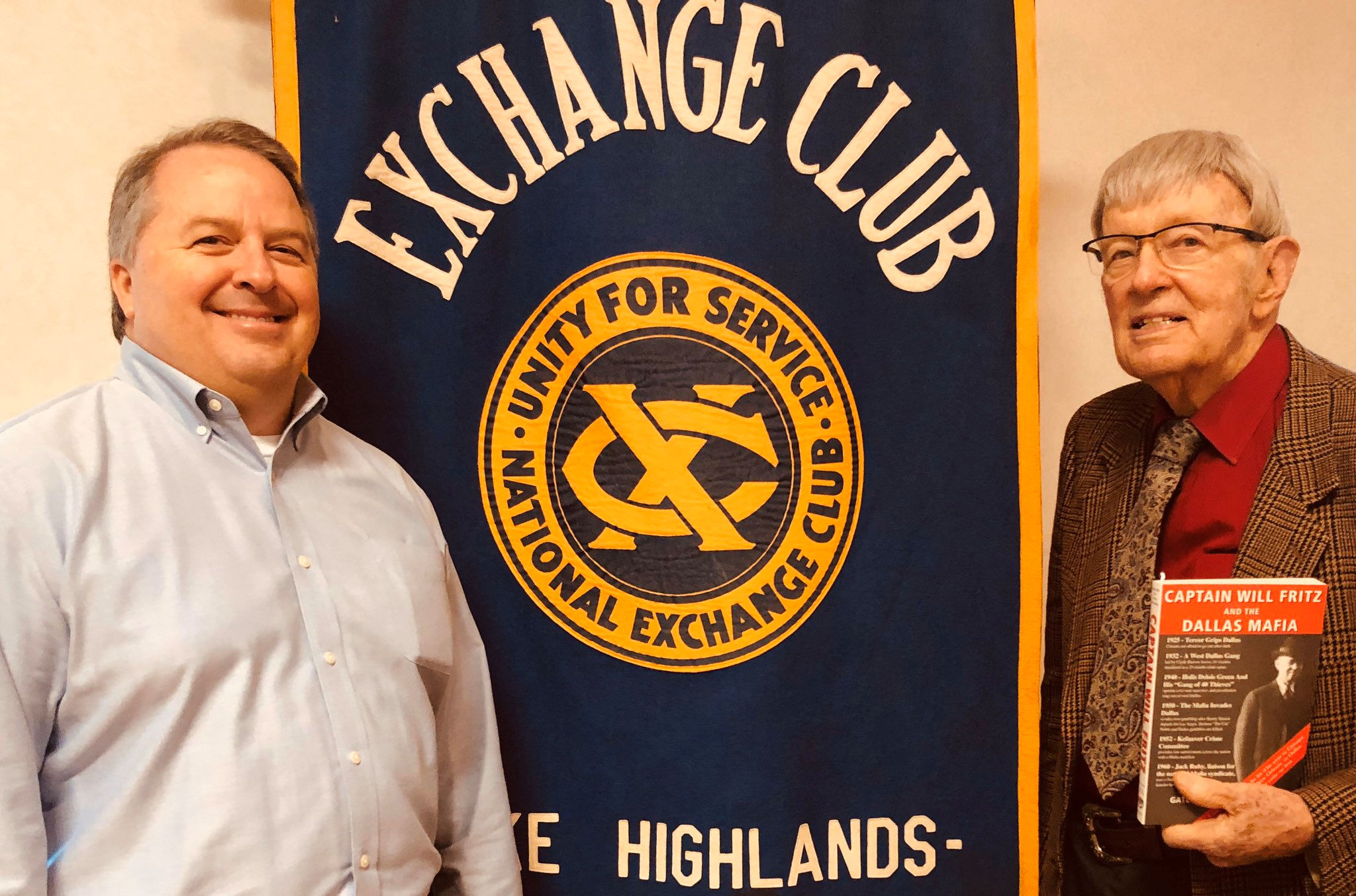 Last Friday 1/24/2020, members gathered for our weekly meeting which featured author Jim Gatewood telling stories from his many books.

Prior to the featured program, President Gale Lewis passed along news of founding club member Jim Tunnel‘s recent passing. Although it has been 20 years since he was active in our club, there are a number of our members who knew him. RIP Mr. Tunnel.

President Lewis also updated the club on the progress of Tate Gorman as he recovers from having a significant mass removed from his neck. Lab tests showed the presence of cancerous cells and therefore Tate and April are in Houston this week working to formulate a treatment plan. Prayers for the Gormans!

Our final announcement was from Principal Kerri Jones. She mentioned a number of LHHS teachers and students who have been recognized recently by RISD. She also noted that January has been full of appreciation for the RISD Board of Trustees. In fact, she noted that the trustees were at the high school during our meeting with student leaders cooking and serving them breakfast.

We then got on with the featured program presented by Mr. Gatewood. He is always entertaining and informative. On this visit, he primarily focused on stories from his book “Captain Will Fritz and the Dallas Mafia.” Gatewood shared a number of anecdotes involving horses, gun play, Pancho Villa, DPD training and a bloody suit. As he wrapped up his presentation Jim told of a character known as “Dagger Bill.” Dagger Bill was an enforcer who collected unpaid debts. So, I’m just going to leave this right here…Jimmy Conway has threatened to send Dagger Bill to each of our houses if we have not yet bought tickets to the upcoming charity concert. Based on the stories Jim Gatewood told us, I think supporting the concert is a much better option than meeting the ghost of Dagger Bill!