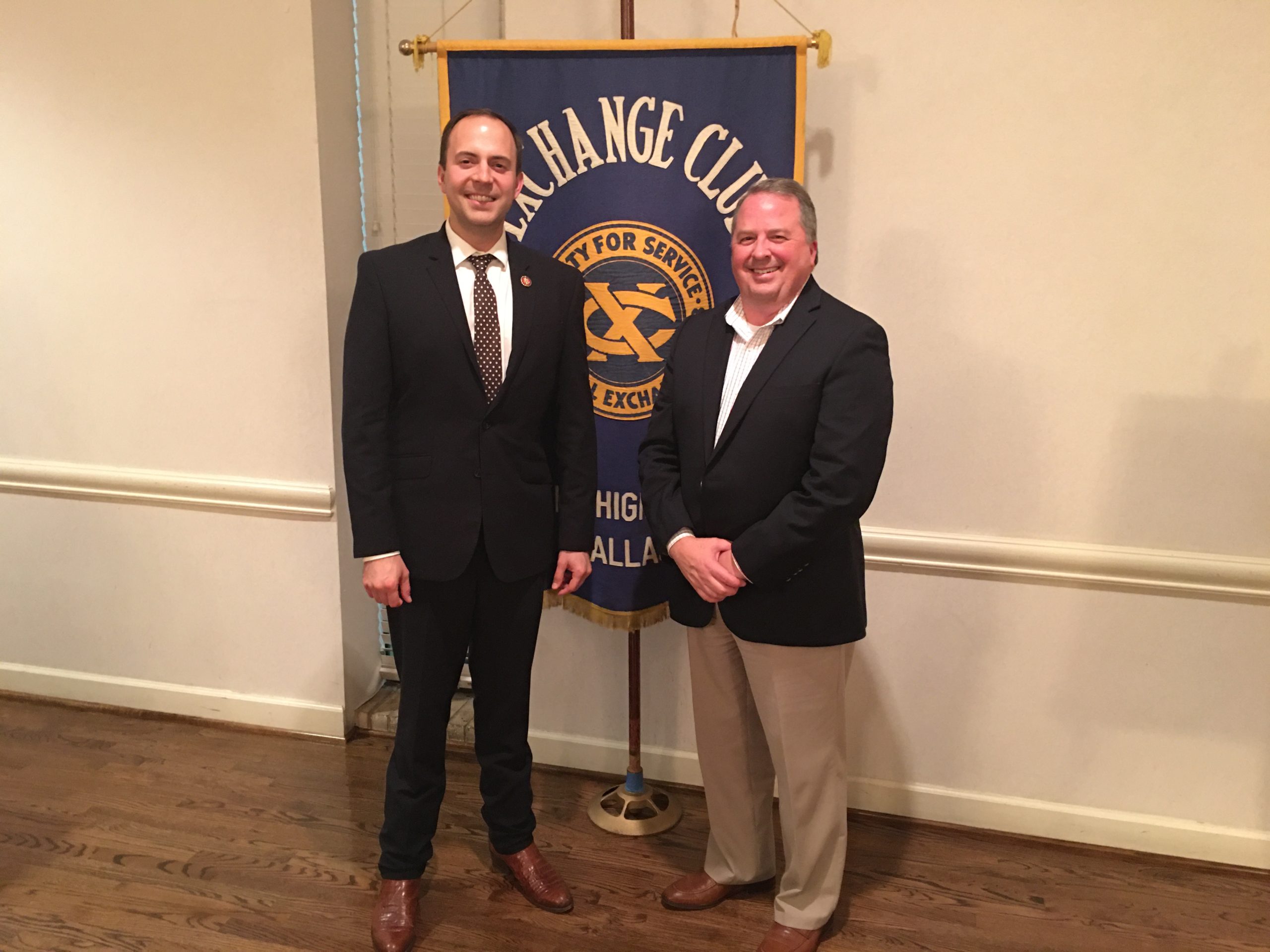 Last Thursday 11/21/19, US Representative in the 5th district – Lance Gooden. Congressman Gooden came to our meeting directly from the airport after spending most of the week in Washington DC. He was very generous with is time given he and his wife were expecting the birth of their second child at any moment and she was at their home in Terrell awaiting his return.

Rep. Gooden, a Republican, serves on the Committee on Financial Services which is led by long time Democrat Maxine Waters. It was very interesting to hear how fond the congressman is of Ms. Waters given their divergent policy positions.  In fact, his first year of service has been notable in many ways. By chance, Rep Gooden shared a cab with Rashida Talib before she was a well-known member of the squad. They were on their way to a two-week orientation for new members. Again, two people with exactly 180 degrees between them policy wise but someone who he noted is quite nice and reasonable.  He has flown on Air Force One and has the president’s direct phone number. Despite the plea of Jimmy Conway and others, it is hard to understand why the audience could not convince him to call the President on speakerphone from the KayCee right on the spot.

Today any political observer is well aware of the very harsh and divisive rhetoric between the two political parties.  Even so, it was very interesting, although not surprising, to have Rep. Gooden detail the very different personality most members of congress exhibit when the cameras are on as compared to when there are no cameras present. So, no matter where you are on the political spectrum perhaps it is nice to know that those crazy people on the TV talk shows are not so bad. Legendary UCLA basketball coach John Wooden famously said – Character is who you are when no one is watching. So, don’t be surprised if AOC is a future character counts award winner after all! Before wrapping up and heading home to Terrell, the “Democrat Whisperer” shared a few thoughts on the coming campaign season. He expects both sides to attempt to use the ongoing impeachment effort to their advantage. The 32nd district race, with Colin Allred as the incumbent, will see a ton of money and advertising as both sides believe they can capture that seat. Finally, it was not only funny, but no doubt true, that the congressman often follows behind the President to clean things up with “He didn’t really mean it” or “this is what he meant to say.”